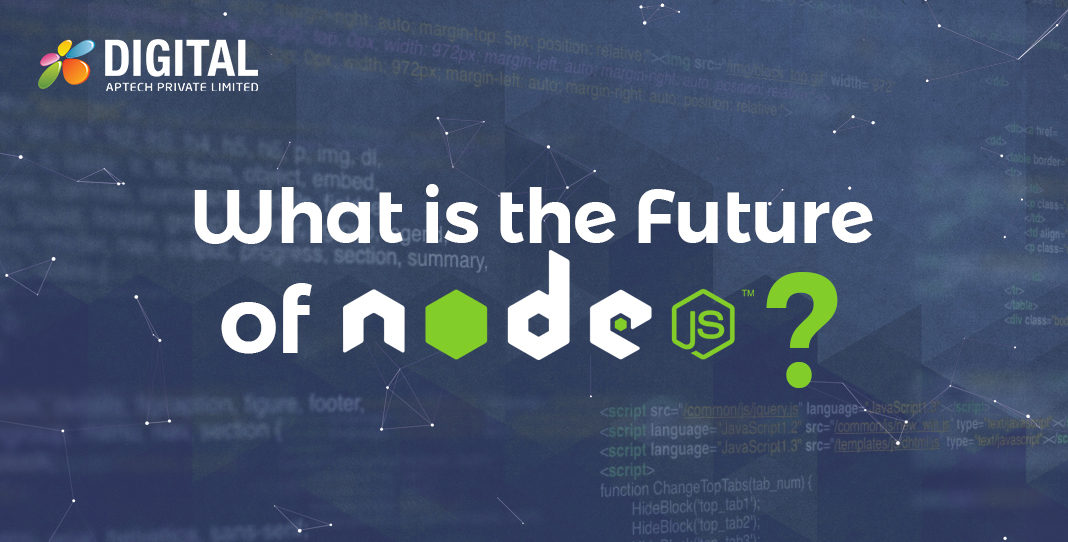 What is the Future of Node.js?

With new technologies invading the IT industry, there has been an increase in the number of start-ups that are trying their ways with the latest innovations. And a new addition to it is Node.js. This cutting-edge technology has not only managed to pull the start-ups but also has succeeded in carving its niche in the giant companies. Basically, whenever there is a new addition in technology, the IT market goes gaga over it for the first few months and then forgets it. But the case is not the same with Node.js. It is actually a game changer and stands tall among its competitors.

Before we move forward, let’s give an introduction to Node.js. A software platform built on Google’s V8 JavaScript engine, Node.js uses an event-driven, non-blocking I/O model. Apart from being extremely efficient, it is lightweight. The largest ecosystem of open source libraries is offered by the package ecosystem of Node.js, (Node Package Manager) NPM. This is what contributes to its becoming a go-to technology for a number of companies. PayPal, Groupon, Uber, Netflix, Trello and LinkedIn are to name a few.

Here’s why you should use Node.js:

Love speed? Use Node.js. Companies are in love with the speed at which Node.js functions. Google has developed V8 engine on which it runs and operates at an awesome speed. It uses a single thread and avoids all the problems that are related to forming separate threads. All the major actions in web applications such as reading or writing to the database and file system or network connections can be performed fast with it.

Some other reasons to go for Node.js web development include –

So, what is the future of Node.js?

Node.js has turned into something that the community calls a “digital transformation framework”. It helps users to do everything from building microservices, handling the delivery of mobile application and integrating non-web systems to tapping into serverless frameworks and providing a foundation for the Internet of Things (IoT) as a platform.

Talking about the future of Node.js, it can be said that it is well-positioned in order to continue its growth in fuelling the serverless programming and as-a-service paradigm. It can be predicted that these are the two areas where we can see that there is a possibility of the Node community to grow because of its importance to those areas.

Some say that the users can expect to see a bigger variety of solutions in IoT as well as other types of instrumentation. A great deal of utility and flexibility is offered by Node.js, making it perfect for a number of different use cases.

In terms of dev community as well as user acceptance, Node.js will continue its impressive growth, but of course, users will ask for more focus on faster starting time, better utilization in CPU and memory and greater security.

Continued reliability and increased stability of Node.js will extend its surface area in the cloud as well as as-a-service offerings. It can be predicted that Node.js would benefit from enhanced and improved debugging tooling.

Have any Node.js project in mind? Contact us and we can help!