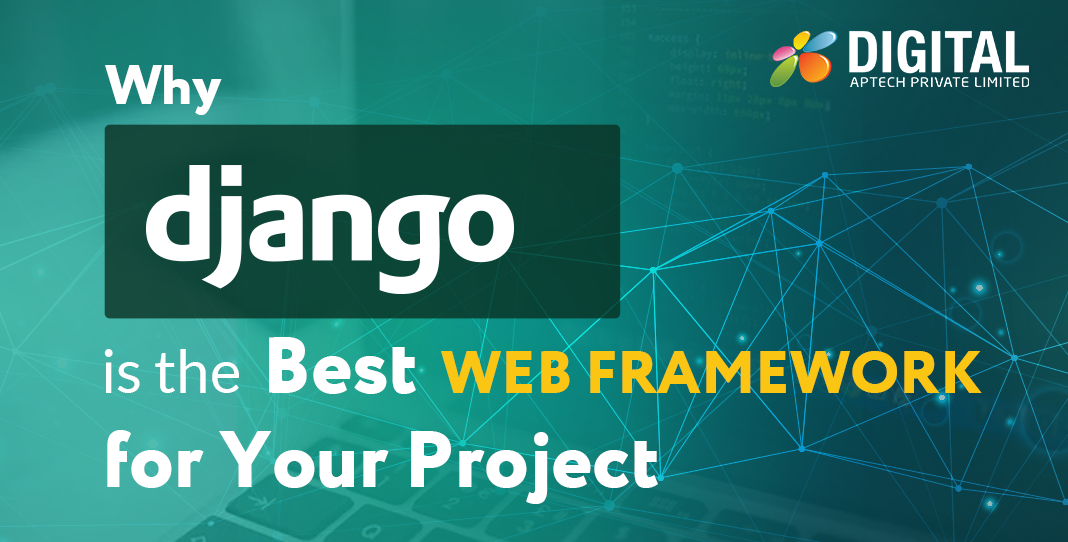 Why Django is the Best Web Framework for Your Project

Do you know what a web framework is? Let’s explain in detail.

A web framework acts as a code library that makes it a lot easier for the developers to create dynamic websites, web services as well as web applications. You may already know that there is a common set of functionality that every site has and that it needs to be re-written every time you build a website. This makes the task difficult. With the use of web framework, the Django developers don’t need to re-writethe common set of functionalities every time they create a new website. This results in faster development. To be precise, web frameworks make the work of development a lot easy.

Django was developed with the intention to create reliable web applications faster using the Python language. The framework has libraries, templates as well as API designed to work together for connectivity and growth. This means, the apps that are built in Django can be developed with minimal costs of changes, additions as well as upgrades. In short, with Django, a lot of things can be easy.

Even before the website is created completely, one can have information on your site from outside contributors. Such is the power that Django has! With the framework, the developers can easily as well as quickly generate administration site right from the models of an application.

What is the size of your project? Too big? Or, too small? Don’t worry, as Django has got you covered! Django is perfect for projects of any size – be it small or big. Are you a startup? Because of its scalability, Django works perfectly for startups as well. It serves great for websites that have hundreds and thousands of visitors per second such as Washington Post or Disqus.

4. Its ORM takes care of databases

Databases are taken care of by the Object Relational Mapper (ORM) of Django. It eliminates the hassle of dealing with the Structured Query Language (SQL) that is generally used to query the database for the required data. There are other Python frameworks that work on the database directly via SQL. On the contrary, developers using Django get a unique option to manipulate the corresponding Python model object. With relational database management systems such as MySQL, Oracle, SQLite and PostgreSQL, Django works extraordinarily.

Python programming language which is one of the most popular programming languages is used by Django. In fact, Django itself is widely used by developers around the world. As this framework is open source, it is built as well as kept updated by the developers who use it. This makes it possible for you to find answers to the questions that you have in mind from your project created in Django.

The dynamic community of Django has numerous issues and blogs from the power users as well as developers. Some popular websites that use Django include Pinterest, The Onion, Instagram and Bitbucket. Django will continue to rise in popularity and remain the favourite choice of Python developers. Have a Python project in mind? Get in touch with us and see how we can help!