The client belongs to the travel industry and owns a travel agency in the USA. He makes tour arrangements in New Orleans for places such as Garden District and many others. He plans on expanding the services to UK and Australia in the near future.

To keep up with the current trend of “Mobile First” approach and to enable the travellers to travel to new places with ease and get to know everything about the place without asking someone, it became necessary to create a mobile app.

As the client is in the tourism industry, he is well aware of the issues that the travellers face while travelling to a new place. The travellers find themselves lost in new places, especially when there is no guide with them. Most of the times, they fail to understand what the tourist spot is famous for. He wanted to change this situation. He wanted an app that can be the substitute of a tour guide so that the tourists get to know everything about a tourist spot just by using their mobile phones. Also, he wanted the design as well as the navigation of the app to be perfect and user-friendly.

In order to fulfil the client’s wish, we created the mobile app “New Orleans at Your Feet”. This app eliminates the need for tour guides, as the tourists will get to know everything about a tourist shop using their smartphones. We have implemented real time maps to make it easier for the users to travel to new places. We have included a lot of features in the app such as geofencing. With geofencing, a notification is sent to the app when the device enters or leaves a geographical region that is already set up in the app. Also, we have included voice narration feature that lets the tourist hear about the place in a pre-recorded voice in the app. Our designers have taken special care while creating the design for the app. Also, the navigation is easy to understand – just as the client wanted. 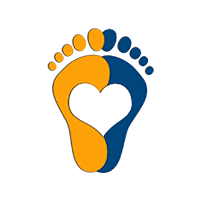